Bike: 1980 CB750F
Hello everyone, so this weekend project initially began as a quick and easy carb clean- my first one mind you. That was all fine and dandy but the thing is, the carbs are back on the bike but I can’t get the boots back in their proper position- with them sealed around the airbox and clamped fully around the carbs. I don’t know if I’m just stupid but this has literally taken me a total of 8+ hours, literally just trying to connect the damn boots. Literally tearing my hair out over this, I thought putting it back together was the easy part of the carb cleaning but I guess not. It’s difficult for them to seal around the airbox. They are new boots too.
Extremely frustrated at the moment.

Does anyone know the proper technique to connecting the carbs-boots-airbox together?
I’ve tried heat gun and lube- they help but I think I’m just missing a technique.
Or maybe I’ve put the boots on wrong? The two angled boots go in the middle right?- With them angled on the side
They go:
Straight boot, angled boot, angled boot, straight
if I’m not mistaken.

Thank you all so much! I have no idea why this is being so difficult

They go on angled boot straight boot, straight boot angled boot and yes they are a twat to put back on. Found best way push them into air box leaving the lip that goes on the carb sticking out on each rubber. This gives you a bit more room, feed the boots onto the carbs the two angled outside rubbers angle inwards to line the box to the inlet ports on the carbs. Good luck and if it won't go don't force it as the saying goes cos they can rip easy 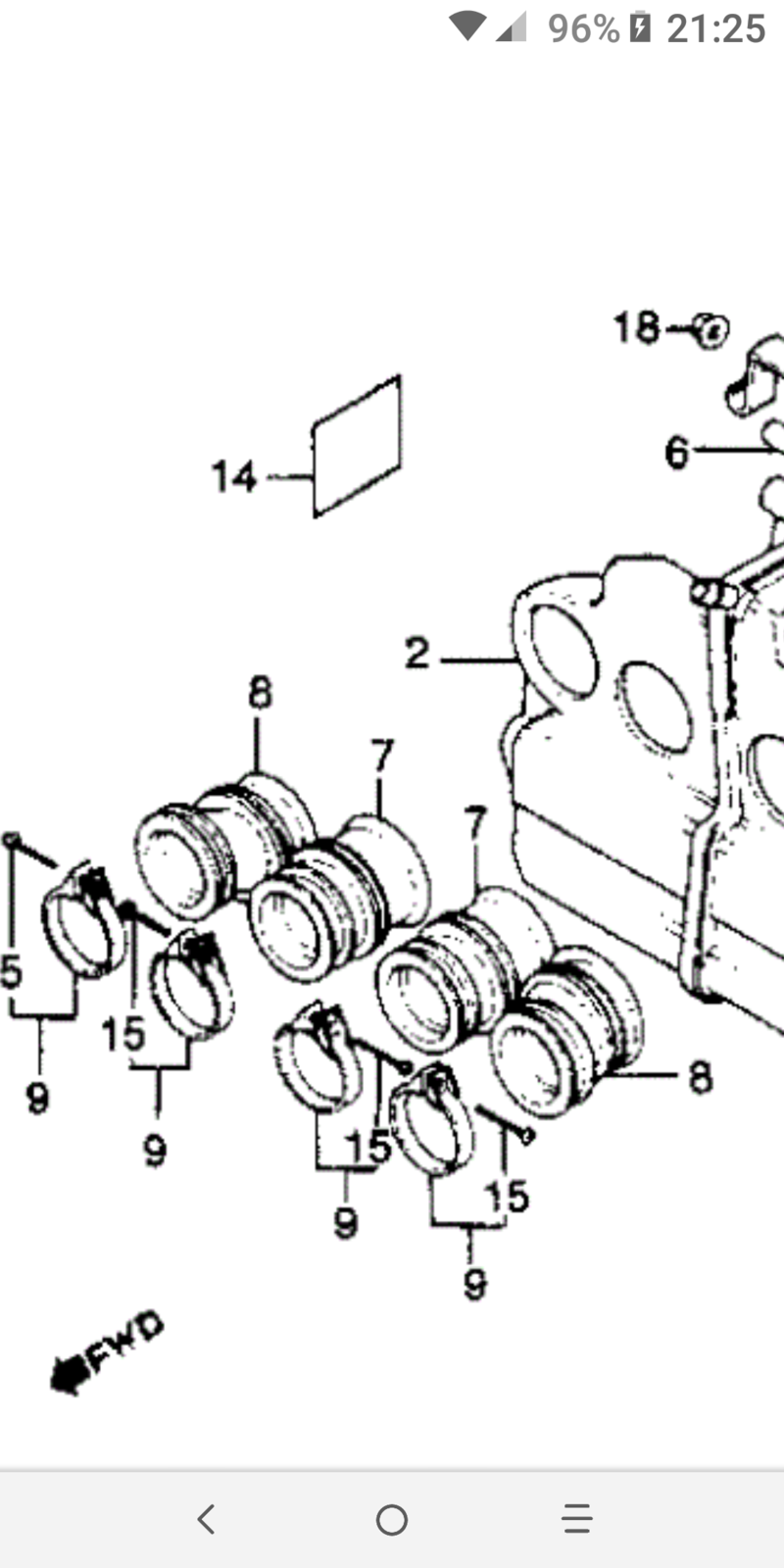 S
Pulling WAY too much fuel under load (upon take-off)