I'm rescuing a 1977 CB750F from many years of disuse and neglect. The brackets that hold the air box to the frame are rusted up pretty badly. When I tried to disassemble the box to remove them, I've encountered the spacer that goes on the long screw that clamps the two halves together and does not appear to be removable.

Do I need to bite the bullet and just wire brush these to repaint them in place, or is there a trick to removing that slug/spacer that appears to be permanent from the long bolt?

I'd prefer to remove and properly de-rust and refinish these brackets if possible. Thoughts? 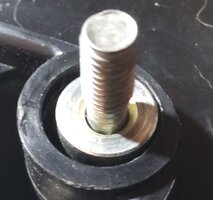 I threw caution to the winds, and put the mating deep cap nut on the threaded portion, put the spacer at the bottom of the bore, and gave it a sharp rap. They popped loose, and came off the threaded part of the screw with difficulty. I'll be chasing the threads in both parts before reassembly. Problem solved.. 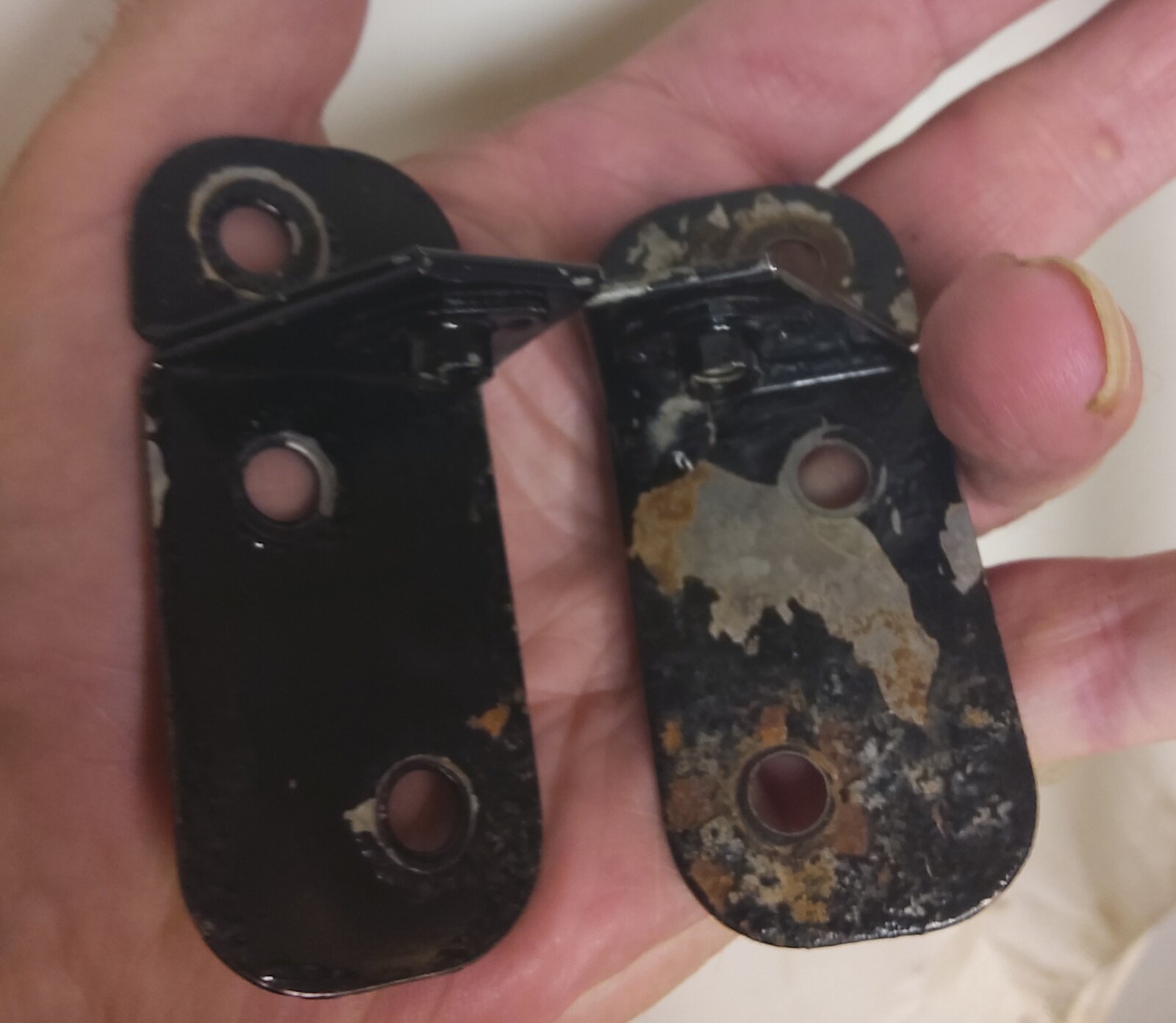